Local Pharmacies Team Up On Hotline 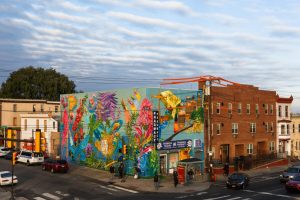 Earlier this month, a woman called Richard Ost after her mother ran out of medication and didn’t know what to do.

Her mom was out of refills, and she couldn’t reach a doctor. Ost referred the woman to a nearby pharmacy, which sent a driver to collect the prescription labels and delivered the medicine to the family later that day.

Locally-owned pharmacies, many of which were already facing financial challenges prior to the coronavirus, have teamed up to create a hotline to better serve customers during the pandemic.

People can call the number if they have problems getting their medications. It’s also there in case a pharmacy is forced to shut down due to an outbreak among employees.

The line is manned by members of the Philadelphia Association of Retail Druggists, a group of about 230 independent pharmacy owners.

“When COVID-19 hit, we were trying to think (of) what we could do as a group to help people who might have problems,” said Ost, who has run Philadelphia Pharmacy, at Front Street and Lehigh Avenue in Kensington, since 1983.

For the purposes of the hotline, competition is thrown out. Ost said the goal is to direct people to the participating pharmacy that’s closest to them, not generate new business for a particular shop.

So far, the hotline has drawn an average of 10 calls a week, he added. Sometimes, people are panicking, and Ost said it’s just about calming them down.

“We have all types of stories of people, mostly seniors, that are afraid to get out of their house or don’t want to walk too far for something,” he said. “But a lot of people just can’t get a hold of their doctor, they don’t know what to do.”

Many pharmacies have shifted most of their business to delivery due to the virus. Ost said Philadelphia Pharmacy now delivers about 90 percent of its prescriptions, compared to about 10 percent before.

He’s hired three more drivers, who hand-deliver a total of 300 to 400 medications every day at no extra charge. Unlike some couriers, they can’t drop packages in front of a house.

“In this neighborhood, you can’t just leave a bag of medication on someone’s step,” Ost said. “You leave a bag on the step with no one home, it’s not going to be there, especially if it’s medication.”

Ost said he instructs his drivers to hand the prescriptions to the patient or a relative.

The change to delivery-heavy service hasn’t helped Ost’s bottom line. Prior to the pandemic, he and his wife discussed selling or closing Philadelphia Pharmacy as a result of what Ost calls “razor thin” profit margins.

“We’re not losing money anymore,” Ost said. “We’re taking some of the money we made over the last 36 years and making a contribution back to our community to make sure they can stay healthy.”

A large portion of Ost’s customers are enrolled in Medicaid, and he said reimbursements for medications were lowered Jan. 1. On some prescriptions, Philadelphia Pharmacy only makes 10 cents, he said.

“We’re having stores close left and right because the reimbursements are not enough to pay their bills,” Brodsky said.

PARD is advocating for legislation in Harrisburg to increase fees for pharmacists and make contracts between the sides more transparent, Brodsky added.

Ost said he will revisit that fight when COVID-19 subsides.

In the meantime, he’s turned his attention to serving his customers in Kensington.

Ost doesn’t know what will happen after the pandemic, but he said Philadelphia Pharmacy has built respect in the neighborhood in part by not accepting shady prescriptions and fueling the area’s well-known opioid crisis.

“We are a part of the community,” he said. “I know the people around here. They know me.”